Here’s the next of my fifth-Wednesday posts in which I share a few finds from my magical (ever-filling) bag of online treasure. As this has been an especially busy week running into a long holiday weekend, please ignore the fact this Wednesday post is making it to your in-box on a Friday. 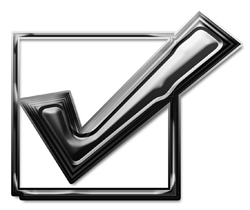 How to Edit a Book: Your Ultimate 21-Part Checklist
Best-selling author Jerry Jenkins gives out great information and advice on his blog. One of his best posts is a 21-point editing checklist which also includes insight into why publishers reject a manuscript after reading only a few pages. Two of my favorite points from the list that I check in my own writing are: (11) Avoid hedging verbs (like smiled slightly, almost laughed, frowned a bit) and (13) Avoid too much stage direction (You don’t need to tell every action of every character in each scene, what they’re doing with each hand, etc.).

When You Think Your Writing Sucks
Author Julie Glover keeps a file on her computer called “Read When You Think Your Writing Sucks” filled with quotes about the doubts and fears of famous, successful writers. She says, “Clearly, these writing giants aren’t immune to self-doubt and fear of failure. But they keep going. They keep writing. For me, it helps to have that file to open now and again to remind myself that 100% confidence isn’t necessary to be a good writer. It’s okay to doubt, as long as we don’t let doubt stop us from writing.”

It’s Made Of SCIENCE: Lasers And Energy Weapons
In this article, Nathan Scalia explains what lasers are, how they work, and practical aspects of weaponization. He concludes the article with: “Star Wars gave you permission to do lasers any old way you feel like doing lasers. If you want them to act like slow moving bullets, fine…. If you’re looking for something plausible, then your best bet is to think, ‘laser pointer that kills people.’ If you do that, and remember to account for the large amounts of power needed by a laser weapon, then you should be good to go.”

It’s Made Of SCIENCE: The Vacuum Of Space
Here’s another article by Nathan Scalia to help us laymen understand the vacuum of space, the laws that govern it, and what would happen if someone is exposed to it. He also discusses radiation, temperature, and explosions in space.

The Most Epic Safety Video Ever Made
“As the official airline of Middle-earth, Air New Zealand has gone all out to celebrate the third and final film in The Hobbit Trilogy—The Hobbit: The Battle of the Five Armies. Starring Elijah Wood and Sir Peter Jackson; we’re thrilled to unveil ‘The Most Epic Safety Video Ever Made.’” It’s over four minutes long but worth watching, if you haven’t seen it yet.

Dad Replaces Son’s Lunch Box With Toolbox
A Dad is sent on an errand to find a lunch box for his toddler. Watch as he chooses a practical alternative to an over-priced lunch box and witness a Mother’s gleeful reaction.

■ If I Only Had the Money

Starship Enterprise Ring
“Inspired by the USS Enterprise from Star Trek! It took light years of travel through the galaxies to get the details right. Any captain or commander would be proud to sport this ship as it effortlessly glides through the universe of bling.” The ring is available in your choice of white gold, sterling silver, or platinum, as well as different gems. “So prepare yourself to boldly go where no jewelry has gone before…” Only $600-$10,000. (A tad overpriced but the ring does rank high on a coolness scale.)

What’s in your magical bag of online treasure?